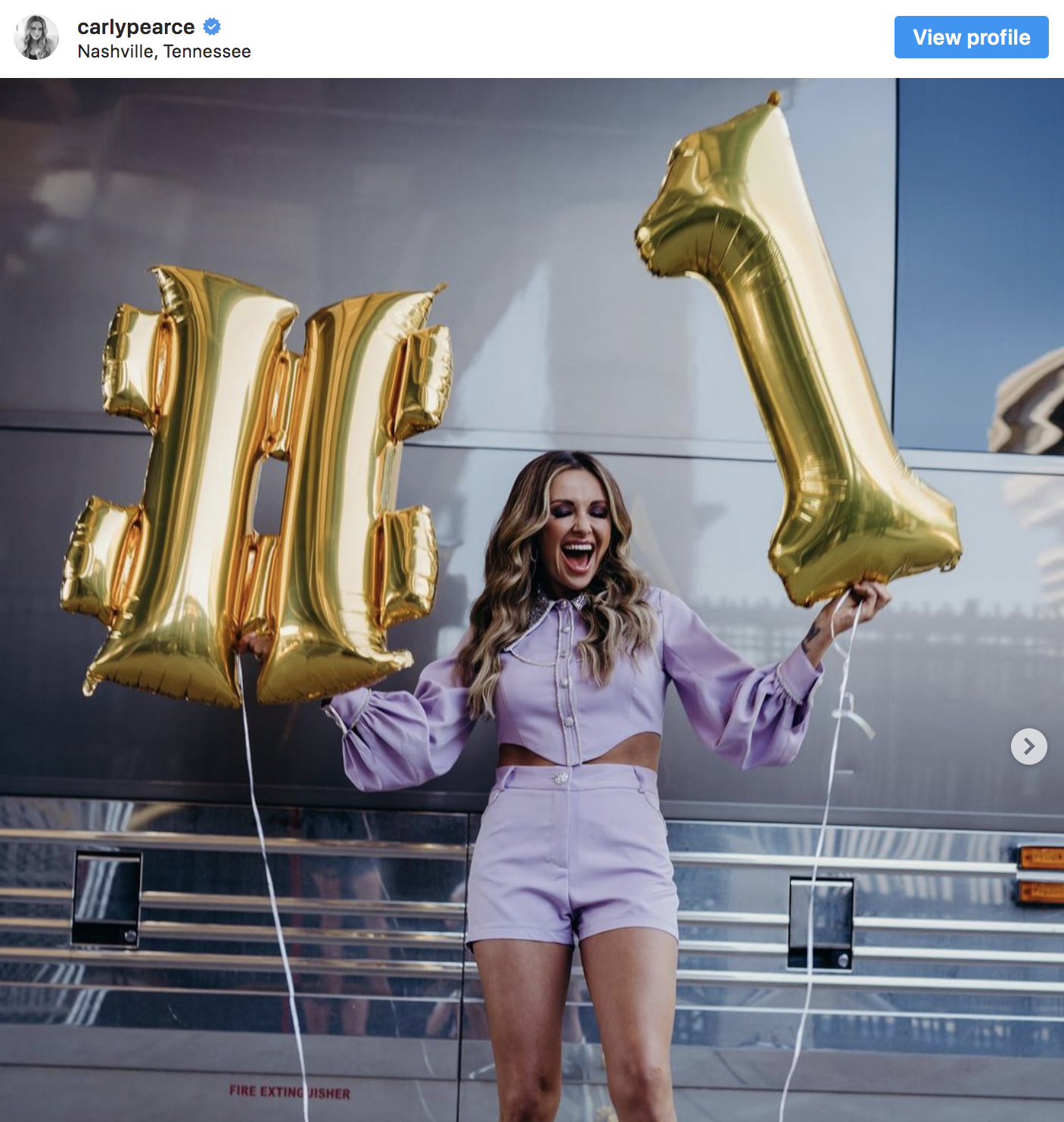 Carly Pearce, Ashley McBryde Hit No. 1 with “Never Wanted To Be That Girl”

Carly Pearce and Ashley McBryde sparked an unlikely friendship when they wrote “Never Wanted To Be That Girl” – and now that camaraderie has carried them to the top of the charts.

In a social media post, Pearce announced that “Never Wanted To Be That Girl” was the No. 1 song in country music.

“When @ashleymcbryde and I were writing ‘Never Wanted To Be That Girl’ with @shanemcanally, we were just in the moment, thinking about the women we want to be and the way that’s not always how life and love turn out,” she wrote. “But nobody ever paused long enough to think about having a #1 record or winning an Academy of Country Music Award. We wanted to shake off an honest mistake, and now here we are with the No. 1 song at Country radio and the ACM trophy for Music Event of the Year.”

She added: “Sometimes out of something bad comes something good.”

Pearce and McBryde wrote ‘Never Wanted To Be That Girl’ with Shane McAnally.

“Thank you to everyone who plays Country music, our fans, our record labels, management teams, agents, our bands, and everyone in between,” she continued. “Ashley, I am so proud to call you my friend, my sister and I will forever be grateful for this song bringing us together. Gonna go cry for the 100th time! ♥️”

“Never Wanted To Be That Girl” is from Pearce’s album “29: Written In Stone.”

McBryde told CMT that you’d never expect them to be friends when you look at them, but they are.

“If you were to handpick two women in country music who would be pals, Carly and I are really different,” McBryde said. “She is tall with lighter hair, more clean-cut, very well-spoken and put together. I’m this Tasmanian devil that comes in the room making jokes with finger pistols. It doesn’t seem like we would be close friends, but we loved and respected each other so much we sat down and wrote this song together.”

Their friendship blossomed through writing and performing “Never Wanted to Be That Girl,” and now their respective fan groups are making friends, too.