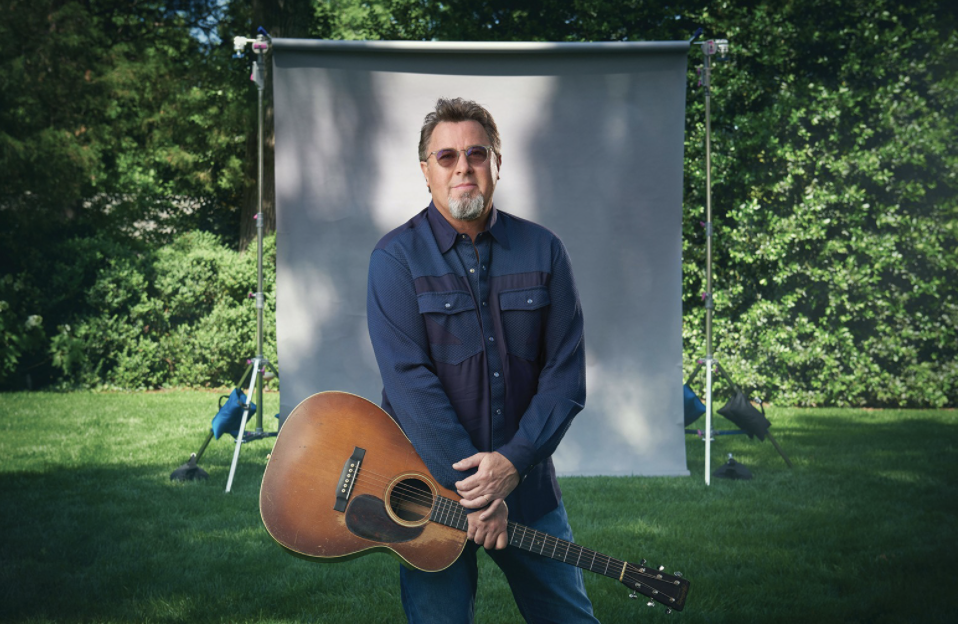 As the music business has grown more complex, writers and producers are often looking to advance their reach

When Jody Williams Songs announced the signing of Vince Gill to a songwriter management deal on June 15, it raised plenty of eyebrows in Nashville's publishing community and perhaps signaled a heightened level of acceptance for a relatively new concept in the city's music publishing business.

Gill, who continues to be managed as an artist by Larry Fitzgerald, has historically owned his own publishing. But under the new partnership, JWS founder Jody Williams and creative director Nina Jenkins will oversee Gill's writing datebook, focused on both the appropriate volume and the right co-writers for Gill's talents and goals. Since the start of the arrangement in the spring, the Country Music Hall of Fame member has penned material with HARDY, Ashley McBryde, Midland and Brandy Clark, among others, enthusiastically committing more permanently to JWS following an initial trial period.

"He's taking this very seriously," says Williams. "He's doing two or three writes a week, and has been for the last couple of months, and the songs we're getting — I just could not be more excited and pleased with what I'm hearing because they're all compelling."

The emergence of managers for songwriters and/or producers is a fairly new development in Music City, though it's de rigeur in many other music capitals, particularly Los Angeles. A writer manager typically works in tandem with a publisher, providing additional channels to establish cowriting assignments and pitch songs. The producer manager facilitates creative relationships, which often include both production and cowriting. Managers typically handle the awkward financial details that, in worst-case scenarios, can damage creative relationships.

"Any time that I spend on the business side of it distracts from my creative side, stuff that I want to do," says Martin Johnson, the former Boys Like Girls frontman who cowrote and coproduced the Elle King/Miranda Lambert collaboration "Drunk (And I Don't Wanna Go Home)." "The kid looking in the mirror being like, 'I'm going to be a fucking rock star,' that kid doesn't send emails about his producer fee and points. He doesn't know what the hell points are. He doesn't know what his writer's share versus his pub share are. He wants somebody else to deal with that shit."

As more songwriters from other markets have set their sights on Nashville as a place to work and/or live, writer/producer managers have become a more familiar entity, particularly since songs are increasingly written by groups of three or more composers, complicating schedules. The setting usually includes a producer — often called a "track guy" or "track girl" — who develops sounds on the spot that may end up on the final recording.

Just 20 years ago, Music City songwriters usually set their own writing schedules, but as appointments grew in size and technical complexity, the creative directors at publishing companies increasingly took on that role. The average executive in that position can successfully manage nine or 10 songwriters, says Williams, though writers who want more individual attention — or who want to break into writing circles outside their own publisher's wheelhouse — can turn to a manager to provide additional opportunities.

"They're getting another partner on board," says LP Creative Management owner LeAnn Phelan. "I would look at a person who has a writer manager as a real value because they're bringing along someone who's doing [extra] work."

Many publishers were skeptical of the need — some still are — though the role does not eat into their profits. In the typical agreement, the manager gets a percentage of the writer's income on songs from assignments the manager helped arrange. The manager makes no financial investment, which allows easy entry into the role, though the executive also makes no income unless the partnership yields royalties. One of Phelan's former clients, Jimmy Robbins ("Sure Be Cool If You Did," "We Were"), earned eight country hits in a four-year run fueled in part by her connections, providing an impressive template in the right situation.

"I don't think everybody needs one," says Madfun Entertainment founder Alicia Pruitt, who represents songwriter/producer Brock Berryhill ("Homesick," "What Happens in a Small Town") in partnership with Red Light Management. "It all has to be kind of around that connection of two people that have already had a lot of success together, or they can see what would be in it. You have to bring the added value."

Some of that value is the ability to connect Nashville writers with figures beyond Music Row. Milk & Honey, a Los Angeles-based firm affiliated with songwriter David Hodges ("Miss Me More," "See You Again"), counts its 3-year-old Nashville branch among six offices from around the globe that represent over 100 songwriters.

Music City's dedication to its writers is part of what attracted Milk & Honey to town in the first place, but that reverence for writers also means those creators are better served, particularly at a personal and/or emotional level, than in other music centers.

"No other music city in the world is like Nashville," says Shelby Yoder, who heads Milk & Honey's Nashville division. "You can look at L.A., what's left of New York, London, Sydney, Atlanta — Nashville is very different. No one celebrates songwriters the way that we do, no one has the No. 1 parties or all of these accolades that we do specifically for songwriters."

Still, as the business has grown more complex, writers and producers are often looking to advance their reach. Triple 8 manager Alena Moran encouraged her company to dip its toe into the water, and it currently represents five songwriter/producers, including Johnson, Jon Randall (Parker McCollum, Chase Bryant) and Luke Dick (Lambert, Kip Moore). The company expects to grow in that sector "when we find we have a good fit and the proper bandwidth," says Triple 8 owner George Couri.

By providing a sounding board, running clients' schedules and negotiating rates, the manager is in a position to handle difficult situations, when necessary, allowing the writer/producer to flourish in the most positive ways.

"The hardest part of management and the thing I had to get so used to at the beginning was telling people no and not giving people what they wanted," says Triple 8 manager Mark Noel. "That's why, especially in creative relationships, having structure like that is so beneficial because they get to focus on their art and being creative while we get to focus on their business, and they feel taken care of."

Gill's signing with JWS has made Nashville's creative community eye the writer/producer manager more closely. The writers most likely to benefit are those who want to expand their circles in other genres or cities, receive more personal service or own their creative work and hand off the business details to someone else.

That management niche seems to be growing, though it may never reach the prominence in Nashville that it has in other music cities.

"Right now, I don't see that there's going to be twice as many this time next year," says Williams. "It might grow a little bit, but I don't see it overtaking the norm."