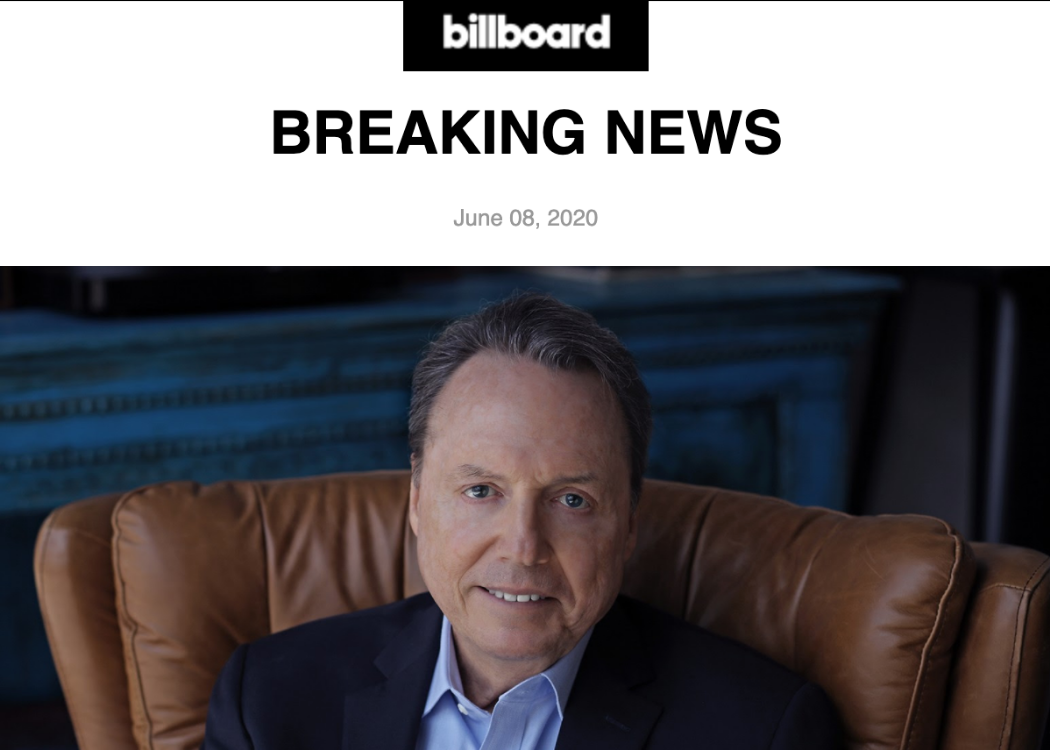 Last September, the highly regarded executive announced he was leaving the performing rights organization at year’s end after a 14-year run to return to music publishing; he previously ran MCA Music Publishing Nashville and his own publishing company, Jody Williams Music, as well as two previous stints at BMI in Nashville.

Among the songwriters signed to JWS are CMA new artist of the year Ashley McBryde, Nathan Chapman, Jeremy Spillman, and Greg Bates. The company will also represent Pat McLaughlin in a writer management/publishing role.

Williams and Warner Chappell Nashville president/CEO Ben Vaughn met at the beginning of the year and “pretty quickly put a deal together,” Vaughn says. “Jody is the gold standard for me. He is someone you want to emulate as a publisher. He’s someone who has an amazing track record working with artists and songwriters.”

Williams says he always planned to link with a major publisher, as he had when Jody Williams Music operated as a joint venture with Sony/ATV from 1999-2007. “I love the partnership aspect,” he says. “I knew that the financial backing and creative support from a major would be helpful in building a company from scratch. At BMI, I was fortunate to watch Warner Chappell rise as the No. 1 publishing company and knew what a great partner they were to have. There wasn’t a lot of getting to know you. We already know each other.” In addition to funding, Warner Chappell will provide administrative support for JWS and co-own the copyrights.

Through the collaboration, Williams will develop writers and writer/artists, secure covers, source legacy catalogs, and represent select WCM catalogs for pitching. “Jody will be focusing on traditional publishing and artist development, which he excels at. He was an early champion of artists like Maren Morris and Eric Church,” Vaughn says. He adds that Williams’ decades of expertise also make him ideal to work with catalogs.

The contract for the partnership took effect April 1 in the midst of the shut down from the coronavirus pandemic. After employees are allowed to return to work, Williams and former Curb/Word Music Publishing executive Nina Jenkins, whom Williams hired as JWS’s creative director, will work out of an office on Music Row. For now, they are working from their homes and, occasionally, on Williams’ back porch at a safe social distance. “We’re on Zoom calls every day, taking meetings with A&R staff and other publishing companies to set up co-writes,” he says. “The pandemic hasn’t stopped us from signing writers and moving the ball down the field.”

Williams envisions his company staying small -- no more than a dozen writers. “I’m open to songwriters of any genre. There’s so much diversity in Nashville,” he says. “I am all about creating copyrights that are going to have some kind of historical significance not just a revenue stream,” he says.

His initial batch of signings reflect that philosophy. They also are writers with whom he has had a long relationships, including his relationship with McLaughlin which goes back 35 years, and Chapman, best known for his work with Taylor Swift, whom Williams has known for more than 20 years. Williams also plans to save a number of spots for burgeoning writer/artists JWS will develop and pair with its more experienced writers.

"I've worked with Jody in his role at BMI for many years and have seen first-hand what an incredible advocate he has been for the songwriters and artists in our community," McBryde tells Billboard. "We have always shared a similar vision for the types of songs that move us and I could not be more proud to be part of this new venture."

Williams is also looking to acquire copyrights. He deal allows him to partner with Warner Chappell on any acquisitions, but also to work with outside financial partners. He stressed he is not leading with the acquisitions, but expects them to come down the road.

During his 14 years at BMI, Williams saw many changes in the publishing landscape. "Most writers who come to Nashville now are artists, as opposed to 20 years ago when there were more songwriters who didn’t want to be artists," he says. "Now, everyone thinks they’ve got a shot at getting a record deal."

However, despite his legacy, Williams is only looking forward. "I have had a long career, but nothing matters but right now," he says. "I lived through that other era, but the question is how can we be successful in how we do it today. It all depends on the quality of the songs."