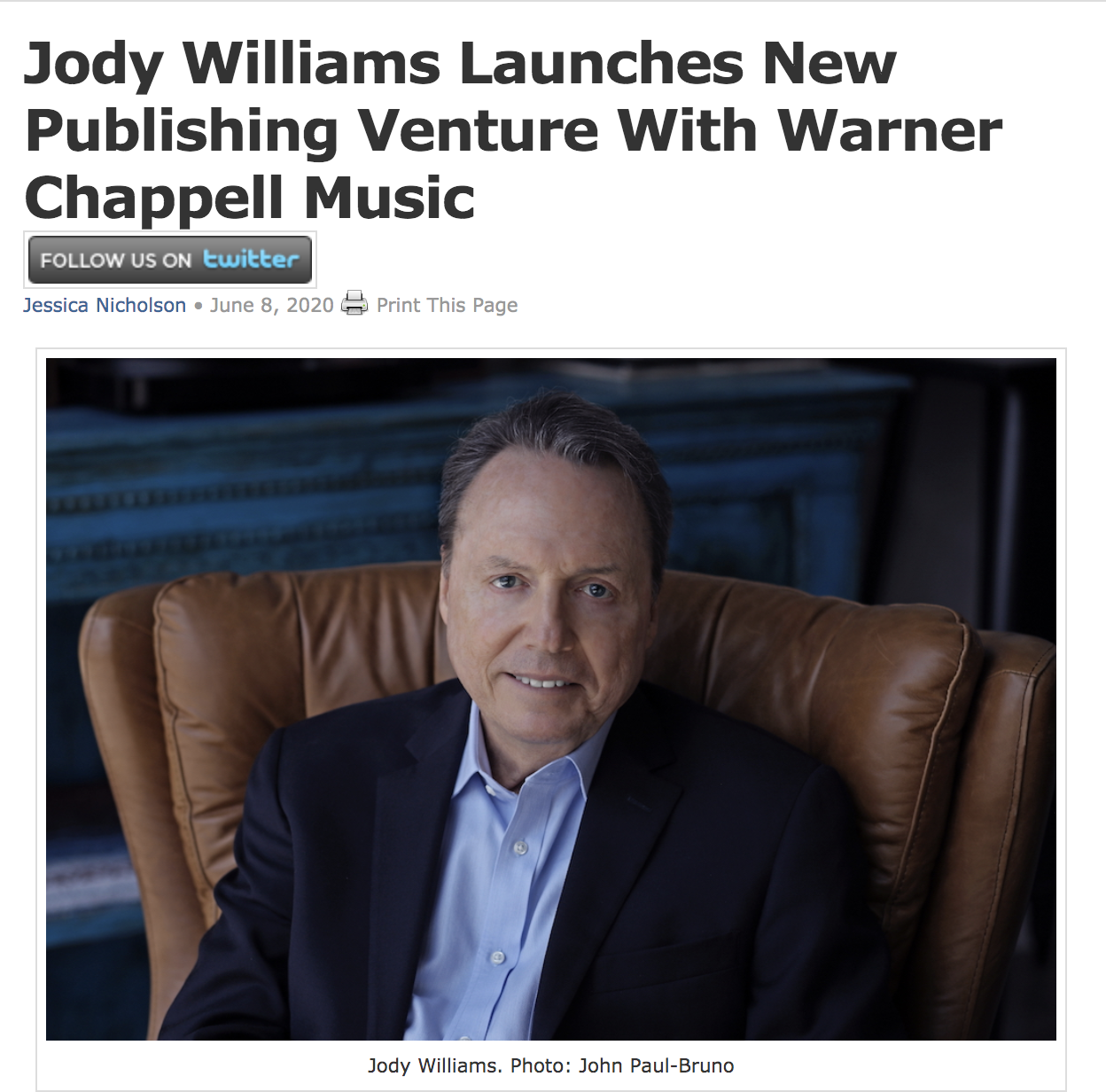 Jody Williams has returned to music publishing after a 14-year run as VP, Creative for performing rights organization BMI (his third run at the company).

“My time at BMI taught me volumes about the business. I’ve seen how music, consumption, and income streams have changed over the last decade and a half,” said Williams. “Those great publishing catalogs that became the cornerstone of Nashville’s music industry, and those songwriters, provide continual inspiration for me. They are the catalyst for the song-forward nature of Jody Williams Songs. And having Ben Vaughn and the Warner Chappell team as the top publisher supporting us is a game-changer. Our Creative Director, Nina Jenkins, brings energy and an unmatched passion for songwriters. Between our team and theirs, I have very high hopes for the future.”

“It’s a huge honor that Jody chose to make his return to the scene with Warner Chappell Music,” said Ben Vaughn, President & CEO, WCM Nashville. “In his long and storied career, Jody has earned a well-deserved reputation as one of Nashville’s leading industry figures. His commitment to quality is matched only by his unwavering support for the songwriting community. We value Jody’s wisdom and experience and our team looks forward to working alongside he and Nina as an extended part of the WCM family.”

Williams is the former Chairman of the Board of Directors of CMA and remains a current board member, and is currently a trustee of the Country Music Hall of Fame.