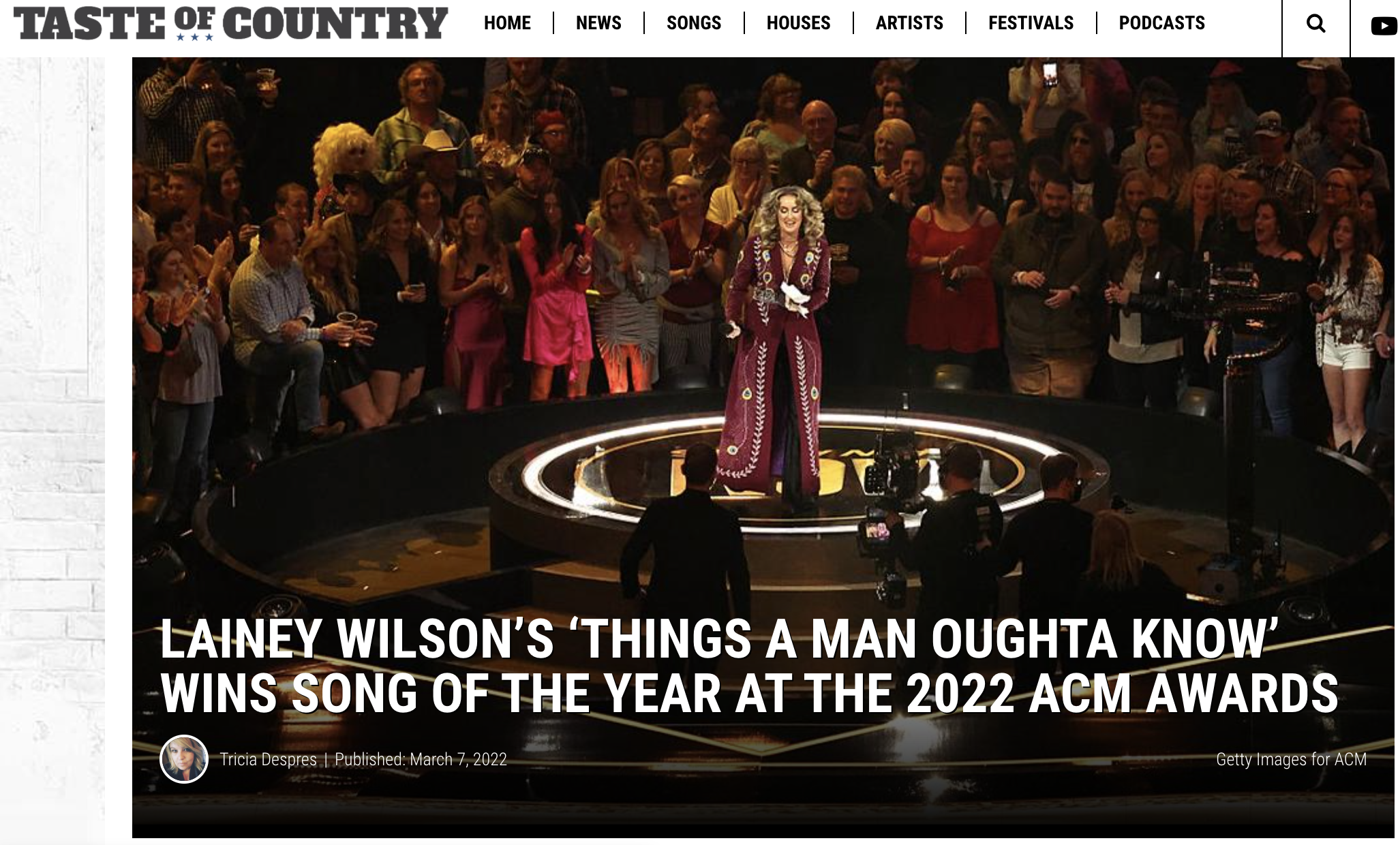 New Female Artist of the Year Lainey Wilson snagged Song of the Year at the 2022 ACM Awards for her megahit "Things a Man Oughta Know" during the live awards broadcast on Monday night (March 7).

The Louisiana native looked somewhat — okay, very — shocked as her name was called, and it seemed as if the tears were coming soon as she cradled the award in her arms.

"I want to thank my Lord and Savior," Wilson said, as the crowd erupted in applause. She went on to thank her label, team and most of all, her fans. "The fans wrapped their loving arms around me."

Wilson also took a moment to make a personal PSA of sorts to the audience watching, mentioning that her song isn't just about treating a man right. "It's about treating people right," Wilson stressed. "It's the Golden Rule, y'all."

TheSong of the Year category was a particularly tough one in 2022, including songs from Morgan Wallen, Jordan Davis and Luke Bryan, Walker Hayes and Kenny Chesney.

Chris Young led the ACM Awards nominations with seven, including Album of the Year and Single of the Year. Miranda Lambert tied a record set by Reba McEntire with her 16th Female Artist of the Year nomination, and she also earned four other nominations, while first-time nominee Walker Hayes received five nominations.