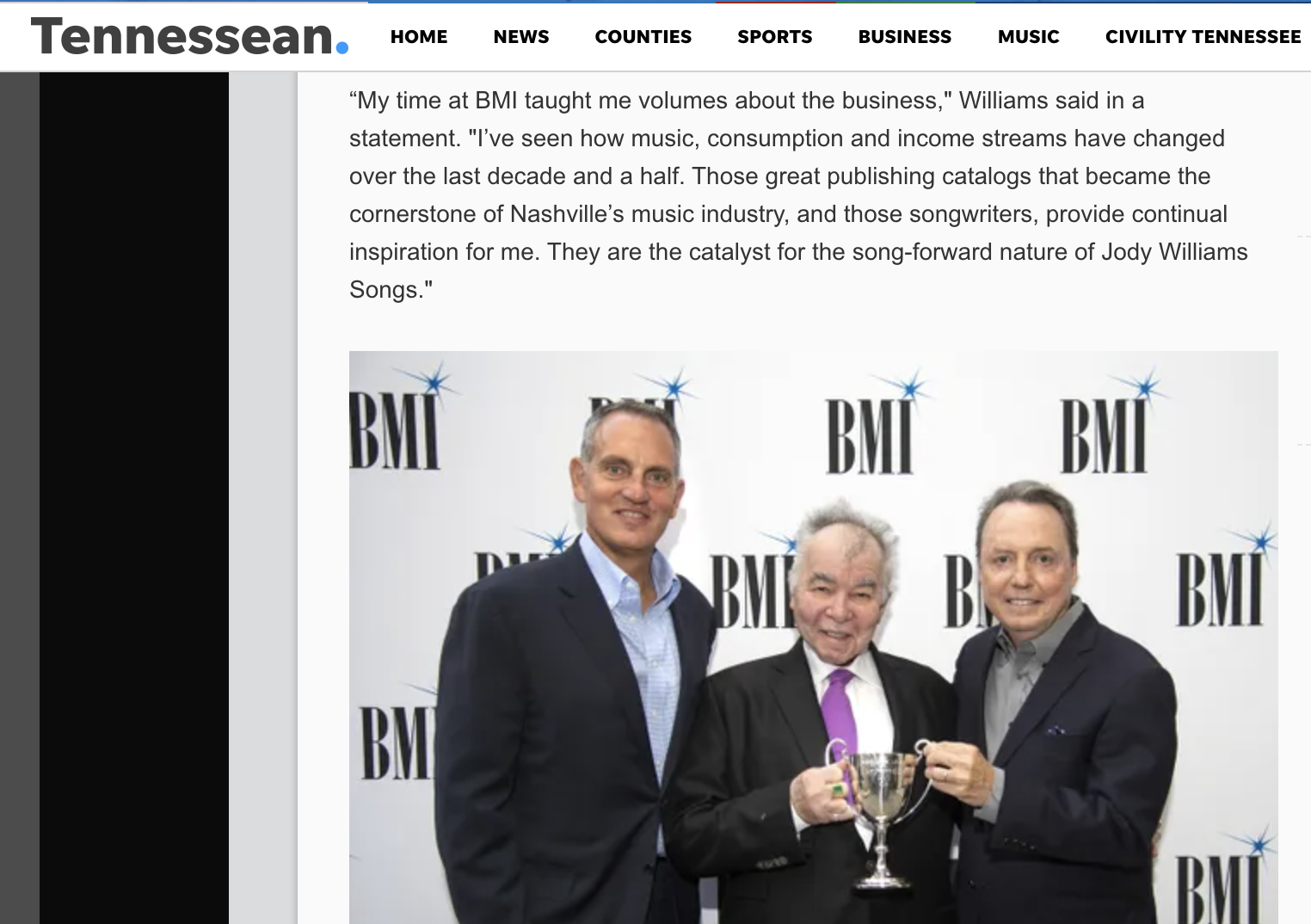 In unveiling the new company, Williams leaves his post as VP of creative at performing rights organization BMI, where he worked for 14 years. He'll develop writers, source legacy catalogs, secure covers and represent some Warner Chappell Music catalogs as part of the venture, a news release said.

“My time at BMI taught me volumes about the business," Williams said in a statement. "I’ve seen how music, consumption and income streams have changed over the last decade and a half. Those great publishing catalogs that became the cornerstone of Nashville’s music industry, and those songwriters, provide continual inspiration for me. They are the catalyst for the song-forward nature of Jody Williams Songs."