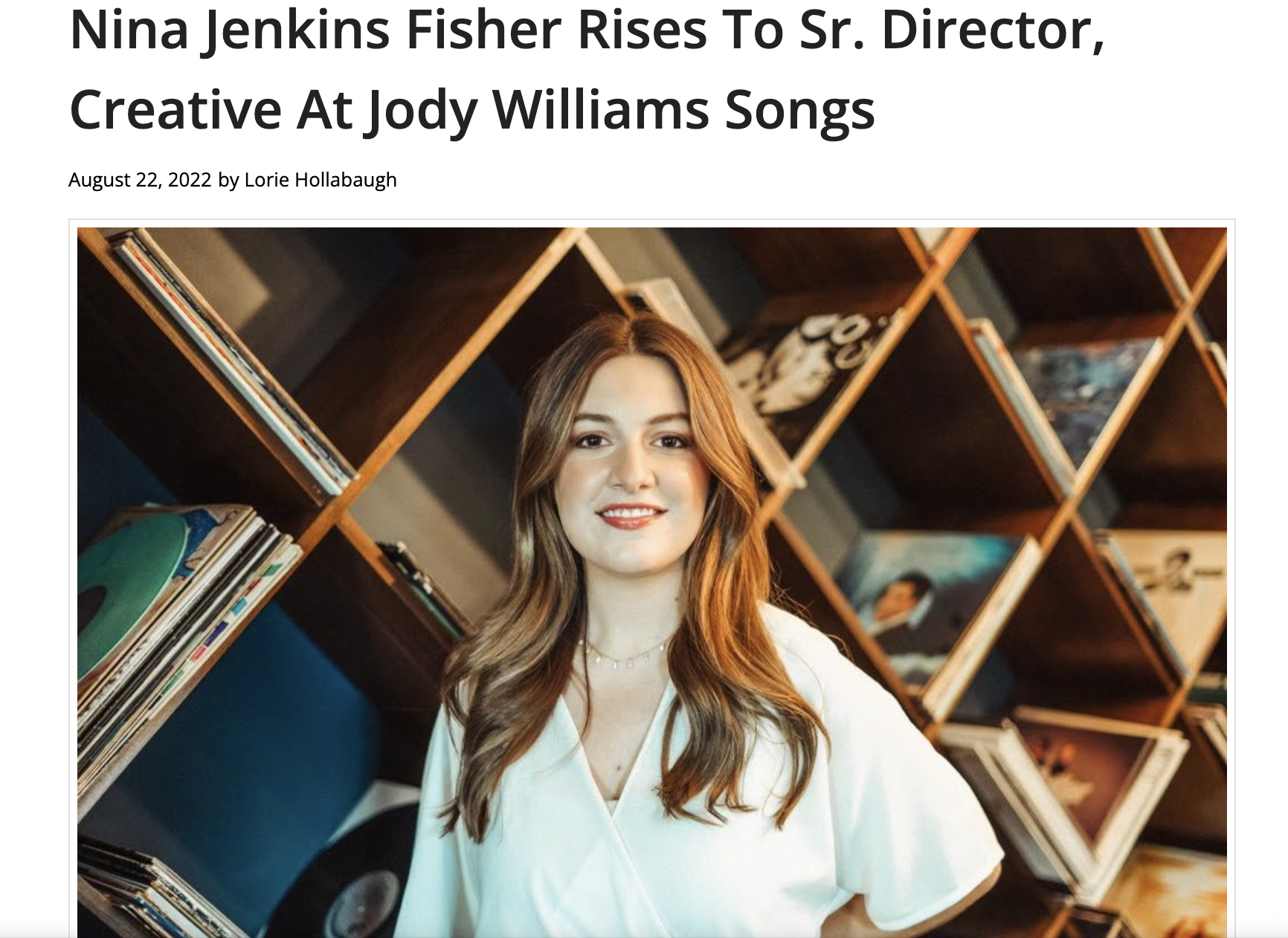 Nina Jenkins Fisher has been promoted to Senior Director of Creative at Jody Williams Songs.

Rising from her post as Creative Director at the company, Fisher has helped double the roster at Jody Williams Songs. Her first signing came in early 2021 with Peytan Porter, resulting in the company releasing their first master recordings.

“Nina is a strategic thinker; every move she makes has meaning and purpose,” shares founder Jody Williams. “First, Nina has a real knack for discovering talent. Then, she tees up our writers’ calendars with goal-oriented sessions, expertly communicating their strengths with other publishers. Her efforts in the artist development area are equally impressive. She is as comfortable with Vince Gill as she is with a newly signed writer. I attribute much of our growth and the company’s future trajectory to her sensibilities and savvy.”

“Launching Jody Williams Songs has been, by far, the greatest joy and most rewarding challenge of my career,” reflects Jenkins Fisher. “I’m beyond grateful to continue working with Jody, whose ability to inspire creatives is truly without match. I walk into work every day completely in awe of my writers and my team. The hallmark of the company is our distinctive music and I’m excited to see where the music will take us next.”